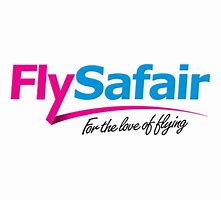 1 June 2021, Johannesburg – The last year and a bit has been challenging for many, however, despite all that South Africans have endured, there are pockets of hope and recovery.

As the world paused, many businesses, individuals and communities were left in unfathomable predicaments. The impact of the lockdown was undoubtedly felt throughout FlySafair’s operations, but the airline was reminded of how this global crisis affected others like local NGO Wings and Wishes in life-threatening ways.

With provincial borders closed and flights grounded, countless families were still reliant on Wings and Wishes to ferry their chronically and critically ill children to specialist appointments around the country. Despite the hurdles the pandemic put in its way, the NGO funded over a thousand trips in 2020.

“The tenacious determination that the Wings and Wishes team has for everything they do is one of the reasons we wanted to partner with them,” says Kirby Gordon, CMO at FlySafair. “As an operator in the travel sector that is taking longer to bounce back, we see a lot of our same fighting spirit in the NGO and we wanted to be a part of that.”

Wings and Wishes’ primary mandate is to fund and arrange the transport of children in need of specialist healthcare. To further support these efforts, FlySafair has pledged to cover the costs of 320 one-way flights over the next 10 months.

“At Wings and Wishes we are all about building relationships. Our work is based on the partnerships that we have with medical staff at the various hospitals throughout South Africa, the service providers like FlySafair who get us there, and the families that make it all worth it,” says Inge Human, Manager at Wings and Wishes.

Human went on to say that the NGO facilitates the travel of three children and accompanying adults a day on average. To make the journey seem less daunting, Wings and Wishes gives young passengers a care pack of goodies such as toiletries, pyjamas, essentials and activities for their hospital stay.

The commitment Wings and Wishes makes to families spans years with continued support for travel costs until the age of 18. Many of the children registered with the NGO are repeat patients who are in need of ongoing care to overcome their condition.

“The last year has given us a moment to pause and reflect on what we can do to make a meaningful difference at a time when it’s needed most,” says Gordon. “Wings and Wishes is an incredibly unique NGO filling a very urgent and pressing need that we are so suited to help with.”

“We are very excited about our relationship with FlySafair. Their assistance will ensure that many children get the lifesaving treatment they need,” says Human. “By sponsoring flights throughout South Africa, the airline is giving wings to children who wish to get better and lead a healthy, normal life.”

FlySafair is a domestic low-cost carrier operating in South Africa. Flights are available between OR Tambo, Lanseria, Cape Town, Port Elizabeth, George, East London and Durban from just R599. FlySafair was awarded Aviation Company of the Year at the 2019 South African Civil Aviation Authority awards along with Aircraft Operator of the Year, Aviation Customer Services, Aviation Security, and Aviation Maintenance Organisation. The airline has also been named Best Airline Africa and Indian Ocean in the TripAdvisor Travellers’ Choice™ awards for Airlines in 2018 and 2019. FlySafair began operations in October 2014 and is ranked South Africa’s most on-time airline, while proudly being the Trusted Domestic Carrier for the Springboks.